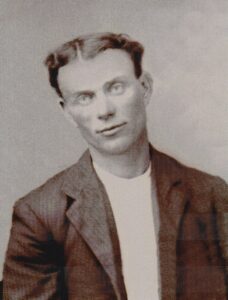 Notes: Last of the 14 children of John & Maryum McKee. Born at Logtown on October 30, 1878, married Ethel F. Riggins on July 15, 1910, and moved to Butte Falls. In 1912 John was caught in a cattle-rustling ring with his nephews Andrew and Wilbur Coffman. Brother-in-law John Higinbotham and neighbor D. L. Swihart posted bail for John and Andrew, but WIlbur was left in jail in Jacksonville. John and Andrew failed to appear for their trial, Andrew fleeing to Canada for the rest of his life, and John hiding in Eastern Oregon until the criminal case was dismissed in 1924. Wilbur enlisted during WWI and died of Spanish Influenza while on board a transport ship, still at dock. John is buried at Logtown Cemetery, a couple hundred yards from where he was born. 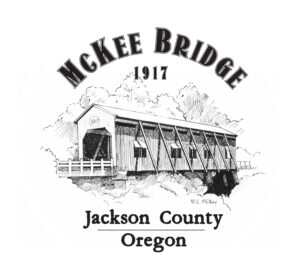