As you climb up the hill to the top of Applegate Dam, look down at the opposite side of the river.  You’ll see the original county road which used to proceed into beautiful Big Applegate.  The Collings, Langley, Watkins and Willilams families from Kanaka Flats settled here in the 1870s, with others like the Arrasmiths with Native American matriarchs.  More miners-turned-farmers like Terrence Byrne, Ezra Arnold and Gerald Buck came in the 1880-90s.

Looking south:  Langley home on the left, Collings barn with what looks like a 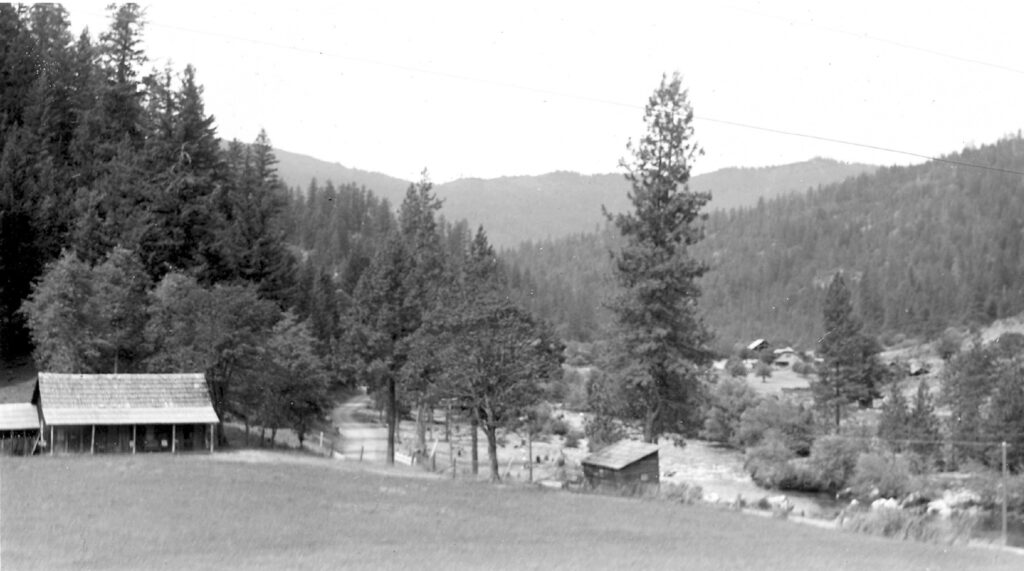 Here is a gathering of (mostly) Native American women of Watkins and their children in 1893: 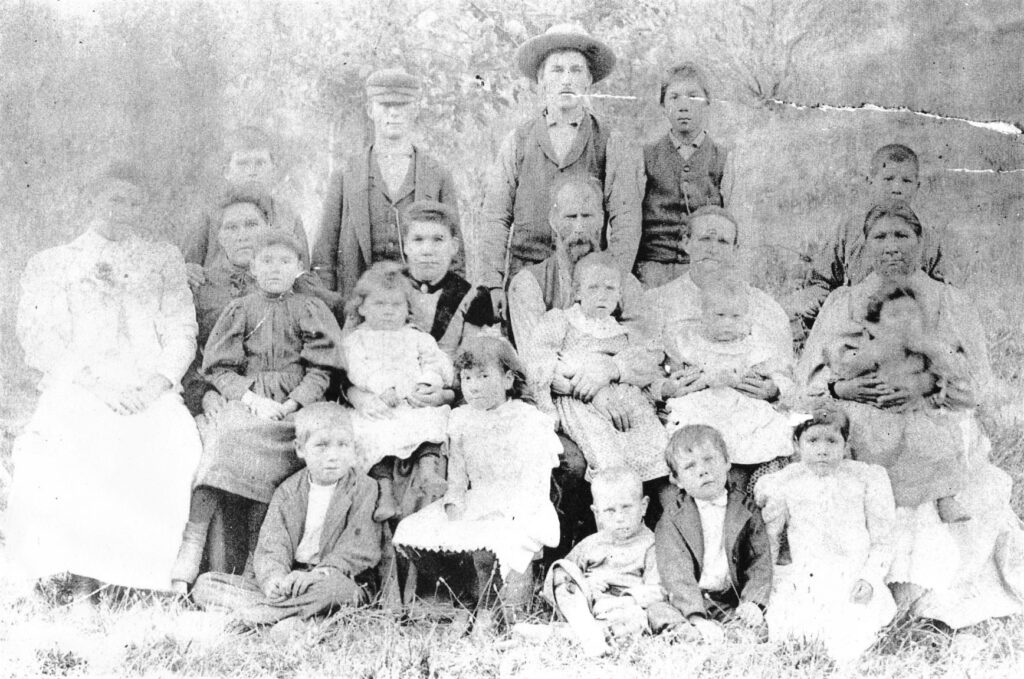 The child in Celia Arrasmith’s lap (far right) hides her chin; otherwise we would see a tattoo like Grandma Aggie’s.

Sixty-five years ago at Copper there was a store, not a boat ramp:

Albert Collings, eldest son of Freeman and Sophia, is on the left, Albert Williams on the right.  Guy Watkins, the grandson of Mark Watkins and Martha Langley, ran the store when he returned home after attending Texas A&M and serving in Europe in the Army Air Corps in World War II.

The road on top of the dam continues to French Gulch and the Squaw Lakes.