Theodoric “Tod” and Robert Cameron drove their ox-drawn wagon from Iowa to Southern Oregon in 1852.  They took up mining on Sterling Creek where Tod opened a bakery.  Sometime around 1860 Tod purchased 40 acres along the Applegate River from the federal government, and opened a supply store for the area’s miners and settlers.  The neighborhood became known as Uniontown (sometimes written as two words), reflecting the Camerons’ allegiance in this Civil War era. 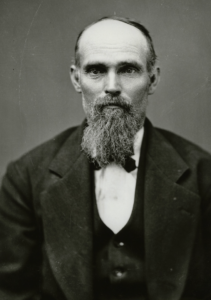 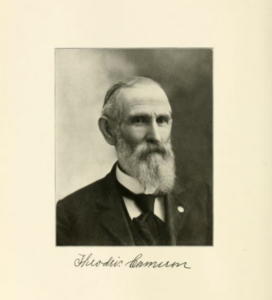 Little known fact: Before the name Uniontown really took on, the precinct was called Star Gulch, which is 4 miles south on the History Trail.  Tod started out as a placer miner on Star Gulch in the 1850s.

Robert returned to Iowa in 1858 to marry Esther LeFevre.  Robert and Esther returned to Uniontown in 1863, along with younger brother William, who filed on a homestead north of Tod’s property.  Robert and Esther purchased a farm near Tod’s, on the Little Applegate River.  Parents James and Emeline and brother Zachary arrived in 1869.  The Cameron brothers advanced their landholdings up the Applegate Valley.Benjamin Johnson worked in Tod’s blacksmith shop in the late 1860s.  Ben was a freed slave who crossed the plains to Oregon Territory in 1853, at a time when legislation specified that “it shall not be lawful for any negro or mulatto to enter into, or reside” in the Territory.  This law was rescinded in 1854, but when Oregon was admitted to statehood in 1859, its Bill of Rights proclaimed:

No free negro or mulatto not residing in this state at the time of the adoption of this constitution, shall come, reside or be within this state or hold any real estate, or make any contracts, or maintain any suit therein.

This “Right” was overridden by the ratification of the Fourteenth Amendment to the U.S. Constitution in 1868.  The language remained in the Oregon Constitution, however, until repealed by voters in 1926.

The 4394-foot peak west of Uniontown is now officially called Ben Johnson Mountain.  This excellent article in The Applegater news magazine  tells more about Ben Johnson’s life and the evolution of the name of this landmark.

In 1866 Tod purchased the water-powered sawmill built in the early 1850s by Justus Wells approximately a mile upriver from Uniontown.  The settlement of Wellsville spread from the river to the cliff base where you’ll now find a green cinderblock Grange Hall (built 1959, closed 2014).  Wellsville had a saloon, store, and housing for mill workers.  By the 1870s these structures had disappeared.  Some residents reportedly died in clashes with Indians in 1854-55 and were buried atop the cliff that hovers over this stretch of Upper Applegate Road.

But before you head through Wellsville, there’s a scenic sidetrip to Buncom, the last standing ghost town in Southern Oregon.  Head east on Little Applegate Road.  Take note of the extensive terracing on the north side of the road.  Robert Cameron struck an agreement with Gin Lin to mine this area hydaulically, reshaping the landscape in a way we can still see 150 years later. 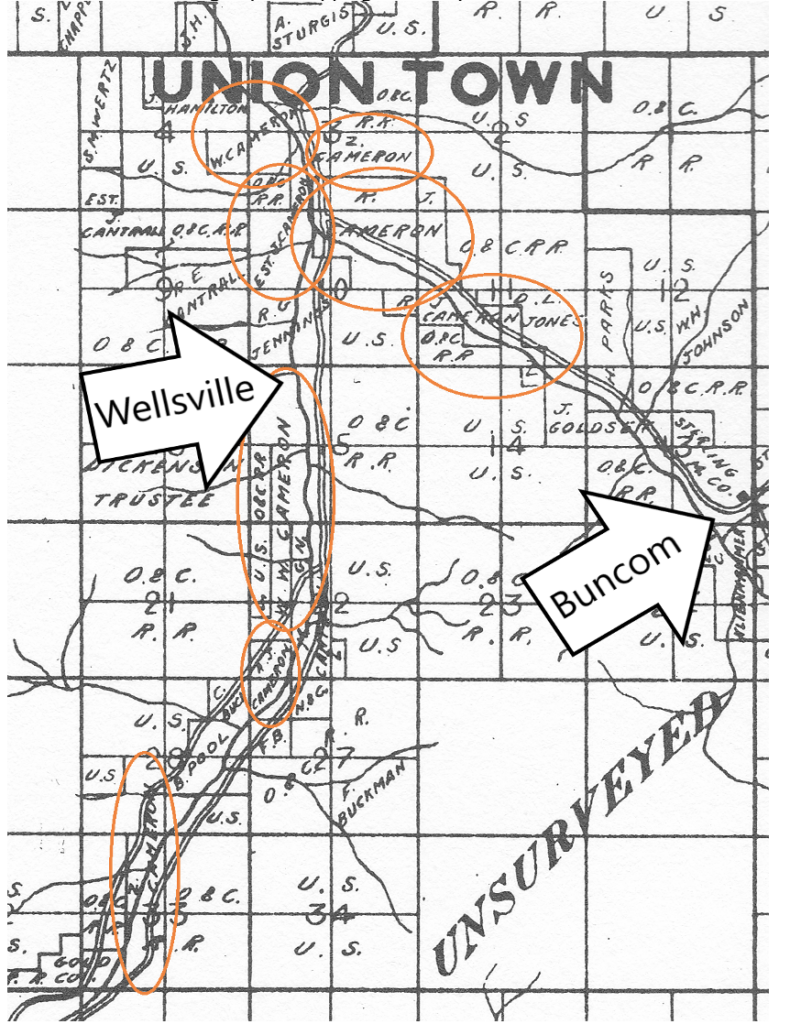