The soldiers chasing the Shasta Indians from Star Gulch had no road to follow in January of 1856.  They followed trails worn into the river banks by deer and elk.  The squadron came to steep mountain.  Rather than turn back and take the pack mules across the river to the flat side, they pressed on.  Perhaps the winter ground was wet or frosty.  The mule carrying the ammunition for the howitzer lost its footing and slid into the river; the ammunition was wet and useless, and the soldiers had to sit and wait for new supplies to come from Fort Lane.

The Shastas obviously had a huge headstart and could have headed in any direction.  We don’t know if these two groups ever clashed.

The residents built the early roads and trails in the Upper Applegate – that, or they paid a tax in lieu of labor.  Here is the Mule Mountain trail crew about 1909:

By 1914, a Studebaker could make a reasonably comfortable trip.

This group must be on the return leg of a trip to Watkins:  John Byrne and Pearl McKee in the front seat, Katie Byrne and Floyd McKee in the back.  Each couple would marry later that year. 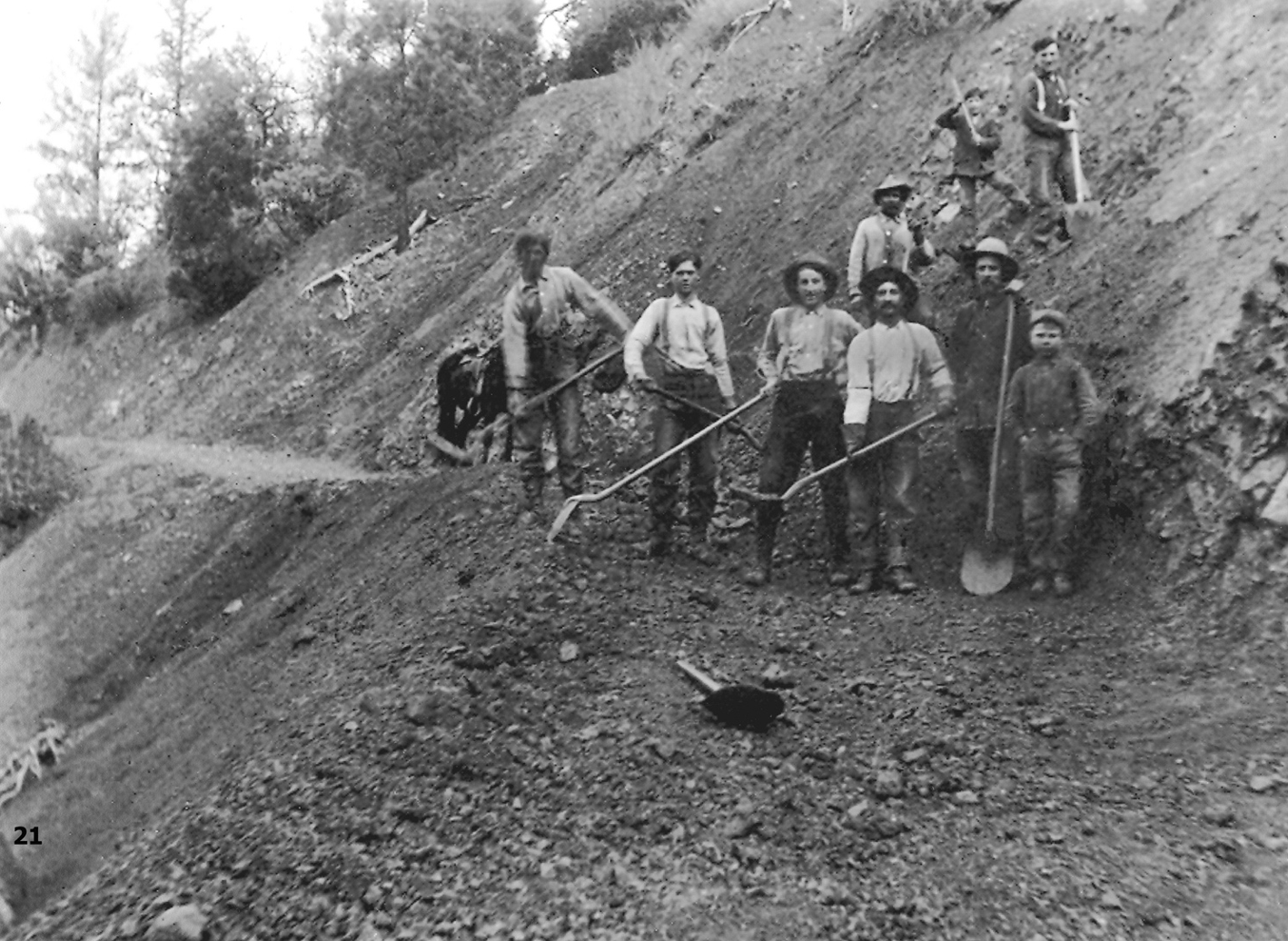 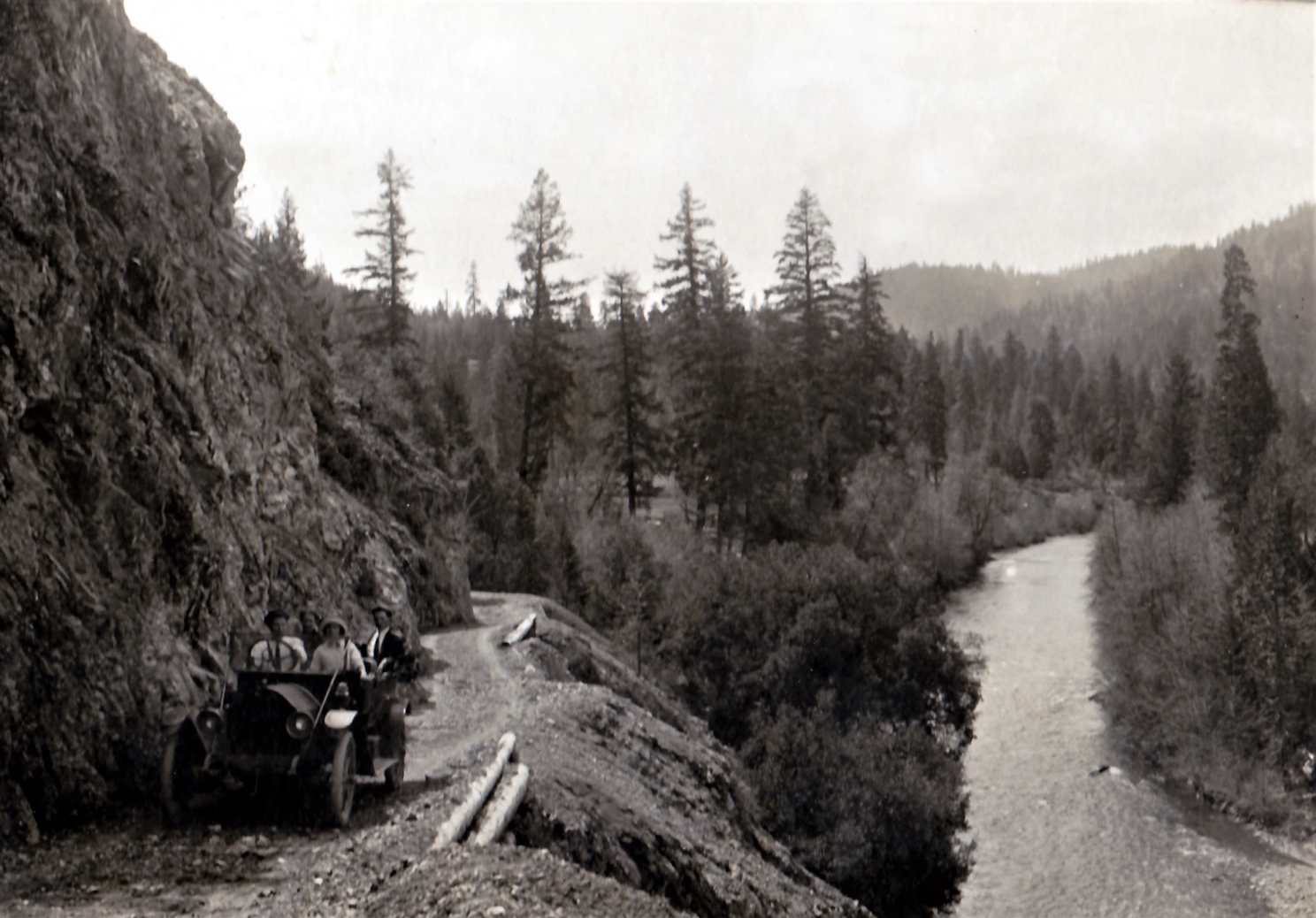