Upper Applegate Road terminates at a “T” intersection near the southern end of the reservoir.  Take a right here and you can tour Carberry Creek and Steamboat, places rich with mining and ranching history, then connect with either Thompson Creek Road or Star Gulch Road to complete a loop. 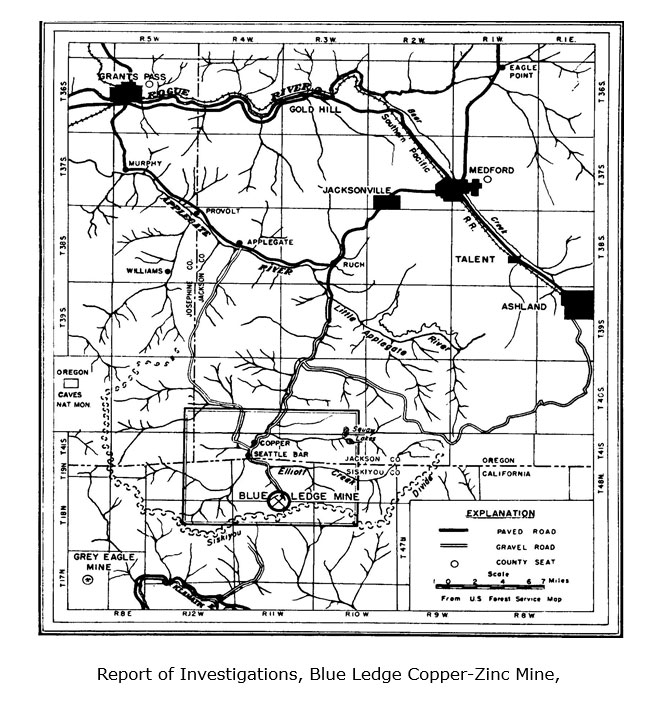 Turn left to visit the last stop on the History Trail, the Seattle Bar picnic area on the right after you cross back over the river.  There is archaeological evidence that Shasta Indians camped in this area over 10,000 years ago.  Dense spawning runs of salmon once ran to the headwaters of the Applegate.

The New York owners of the Blue Ledge Mine bought up 400 acres at Seattle Bar in the early 1900s, promising a hydroelectric plant and massive smelter served by a 40-mile railroad line from Medford.  Obviously, those schemes never materialized, although the company had a boarding house here for its placer miners.  We can’t take you physically to the mine itself, about 6 miles south in California; it is a Superfund site, access blocked by two locked gates.  Here is how 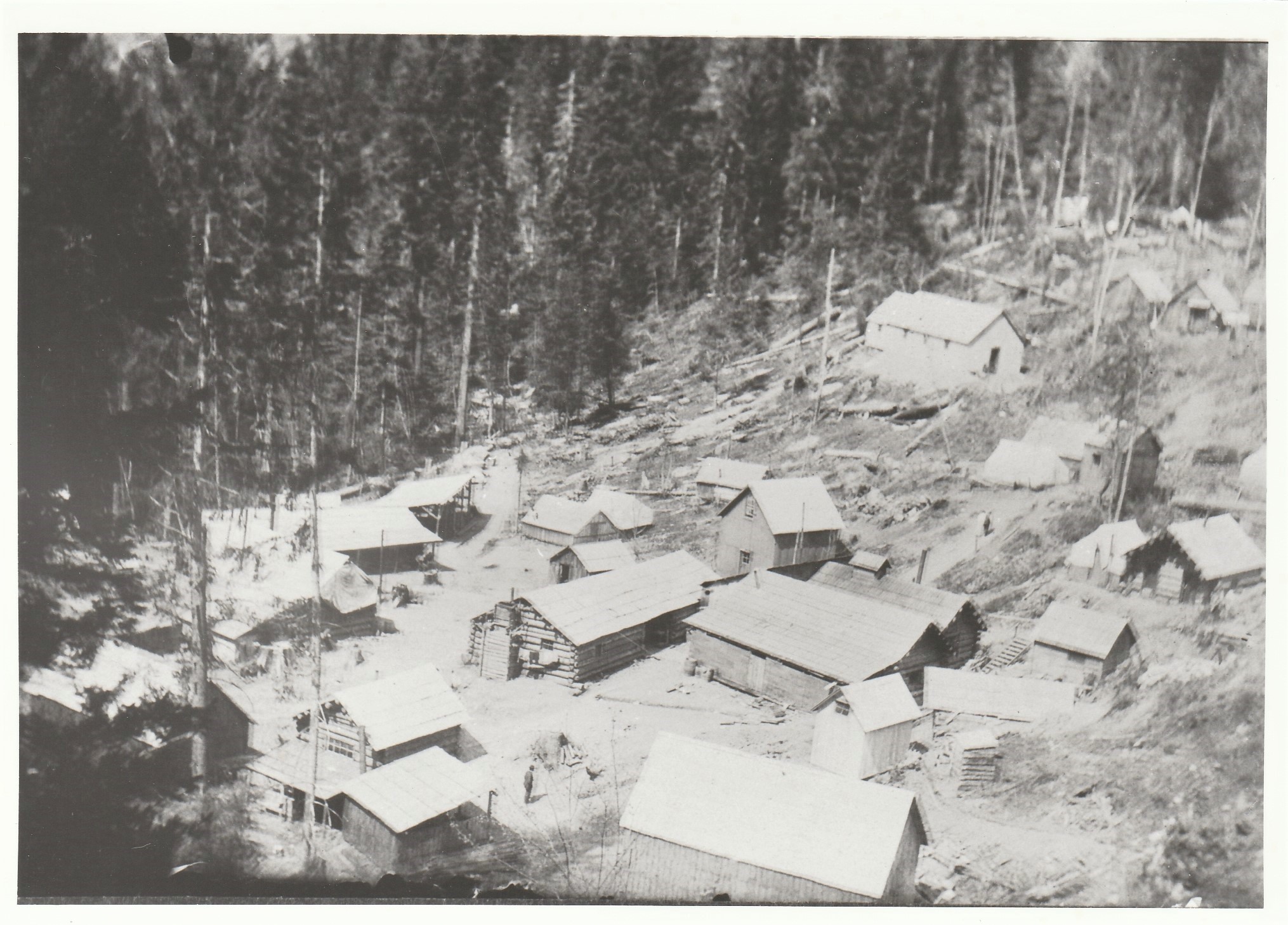 the company town at the mine looked around 1908:

Newspapers and promoters constantly hyped that the “famous” Blue Ledge would be the greatest copper district in the West, if not the world.  The tunnels were dug near the crest of a steep canyon.  Goods and people had to be packed in by burros and horses on a crude trail until 1907, when the mining company completed a wagon road to the camp.  But with copper prices falling it was still infeasible to freight ore to a smelter.  The mine was a “money pit,” with over $600,000 spent on “development” but nothing shipped out until World War I created sudden demand for copper.  A four-horse team hauled the first wagonload of ore to the railroad spur in Jacksonville in December of 1916.  Prices tumbled when the war ended.  Most regional copper mines closed, but the Blue Ledge struggled on until 1920.

The Civilian Conservation Corps established Camp Applegate at Seattle Bar during the Depression.  These were the guys who built the kitchen shelter, fireplaces and rock terrace at the McKee Bridge picnic grounds, as well as many other trails and shelters throughout the forest. 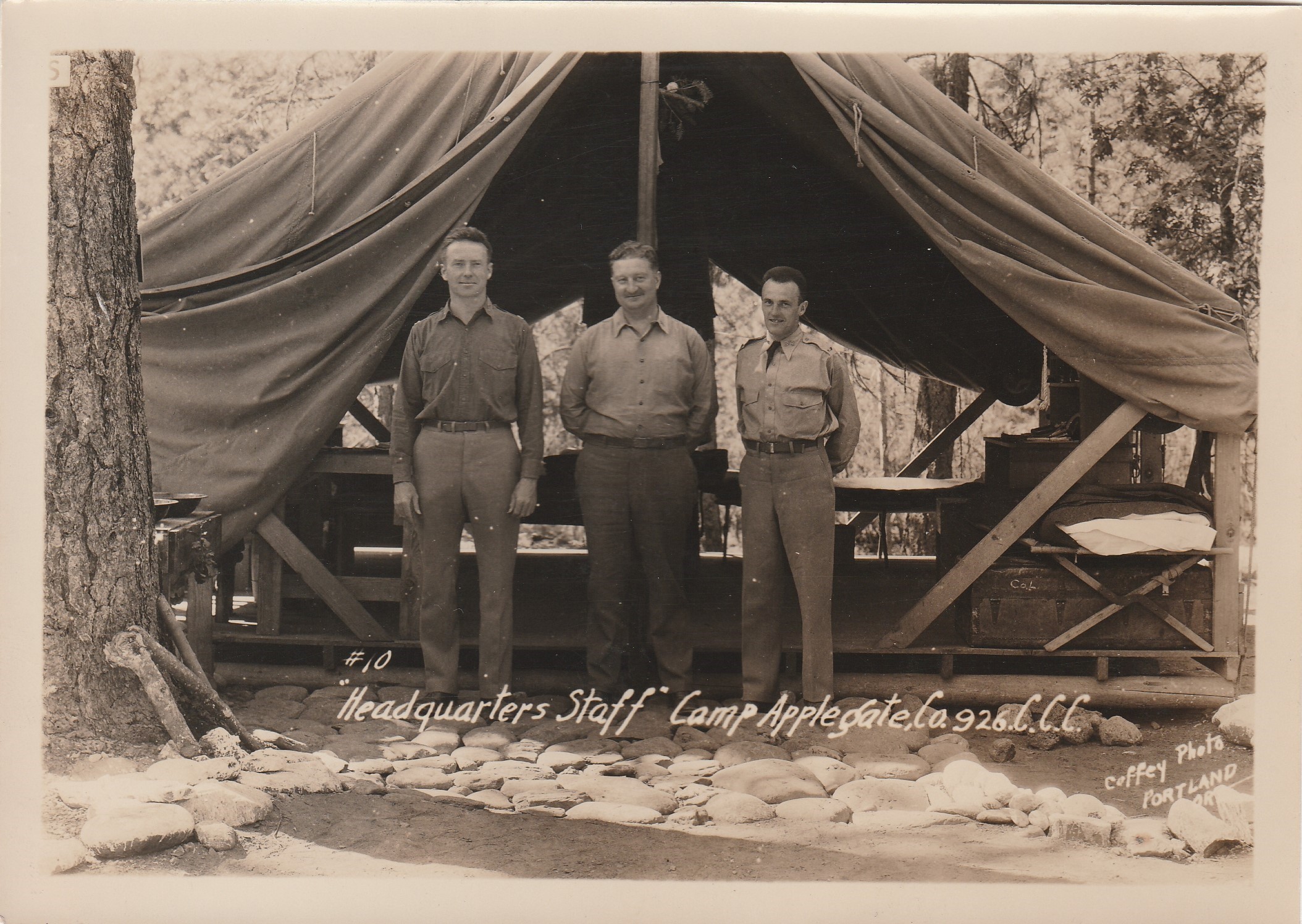